We try to cover every Switch game we’re sent a code for here at Gamezebo. Sometimes we find ourselves with a bit of a backlog though – like right now for instance.

So here are some shorter reviews of games released or updated on the Switch over the last few months – that we might not have gotten round to covering otherwise. 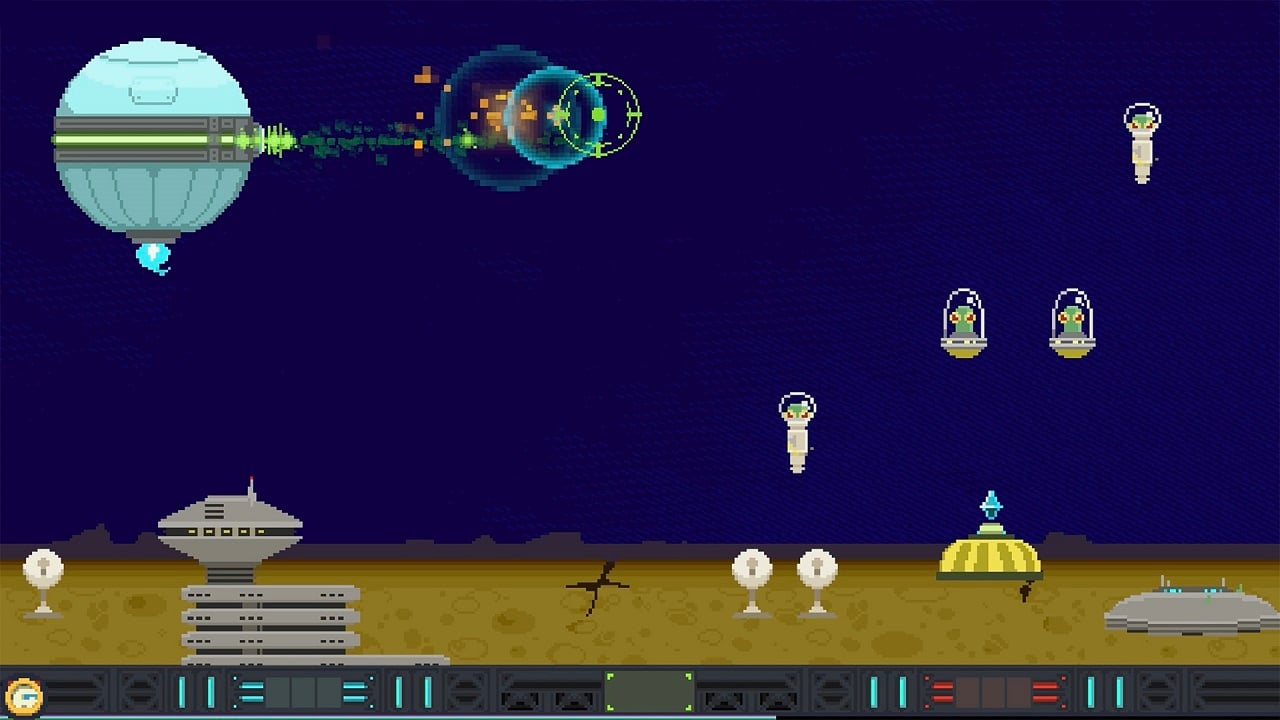 A true labour of love that could have done with some minor tweaking, Atari Mania is a tough sell for those who aren’t into their gaming history.

Effectively an retro flavoured version of Warioware, you play as the Caretaker of the Atari Vault and have to complete various quickfire bursts of minigames – all of these with a heavy Atari flavouring.

The first set of challenges mixes up Millipede with Pong for instance, and gives you a few seconds to complete certain objectives – such as scoring a goal against the CPU for instance, or simply surviving against the computer playing Millipede (where you, effectively, are the Millipede).

On paper this sounds great, but the game doesn’t quite nail the execution. The major issue are the controls, which are often quite unresponsive or simply a little imprecise – and when these mini-games require fast reactions this is inevitably problematic.

The other downside is that the pacing of the challenges isn’t quite right. There’s a slightly leaden nature to the games at times, whereas in Warioware it moves quickly and possesses a joyful relentless quality. Here things are a little too slow – from transitions from game to game, to the simple act of retrying when you fail (which happens a lot – this is a challenging title).

It’s a shame, as Atari Mania has clearly been made with love and care and certainly doesn’t feel like a cash-in – but it can’t fail to pale a little in comparison to Atari 50: The Anniversary Celebration. 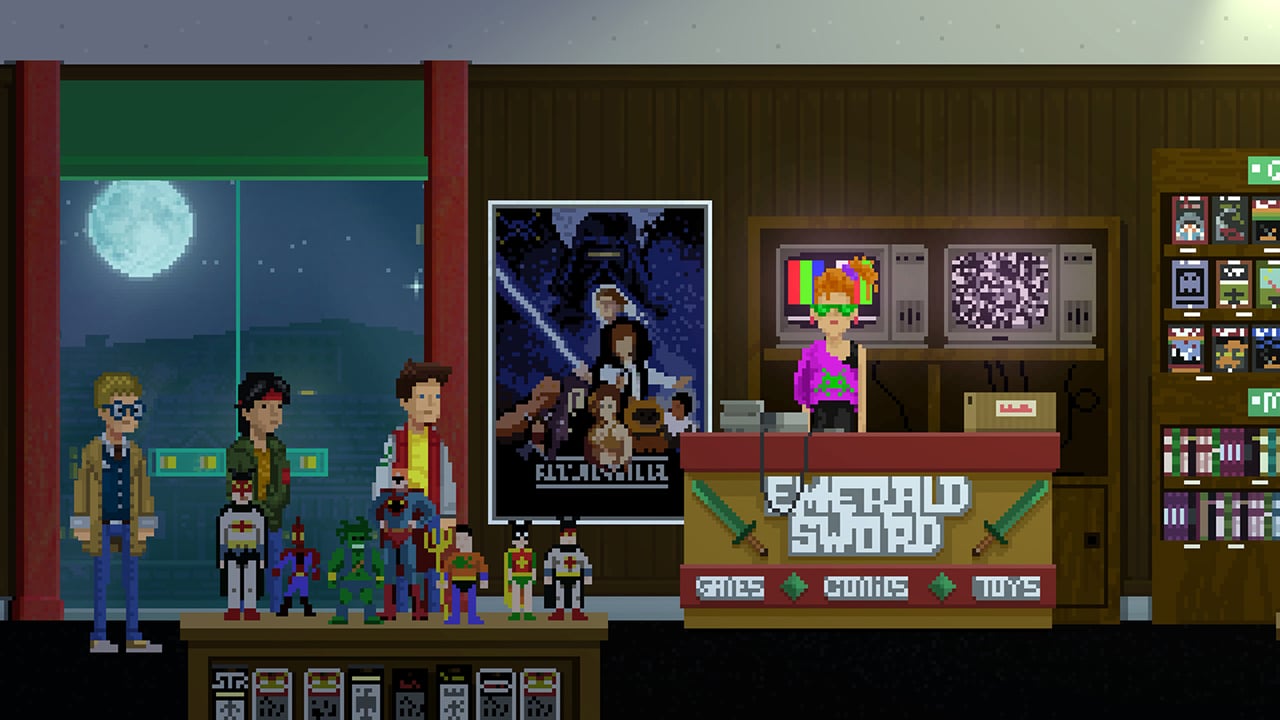 The pixelart point and click adventure genre has become a tad overpopulated of late, and Unusual Findings seemingly doubles down on the unoriginality by being 80s inspired. Yet this ends up still feeling like a mildly fresh entry in the genre that’s worth your time. Who knew.

An adventure based around the exploits of teenagers Vinny, Nick, and Tony – who ultimately just want to watch some cable TV – they end up getting involved in an alien invasion and the possible end of the world.

The controls are solid even on a controller, with environments easy to navigate and items simple to find. Visuals are just detailed enough for you to never miss an essential object too.

Puzzles are more of a mixed bag, and progression can sometimes rely on you finding or interacting with one element in a very specific order – which can naturally be hugely frustrating.

This isn’t for anyone that’s looking for a game with a faster pace, but Unusual Findings is a charming and slightly off-kilter adventure that’s well worth investigating – despite some frustrating moments. 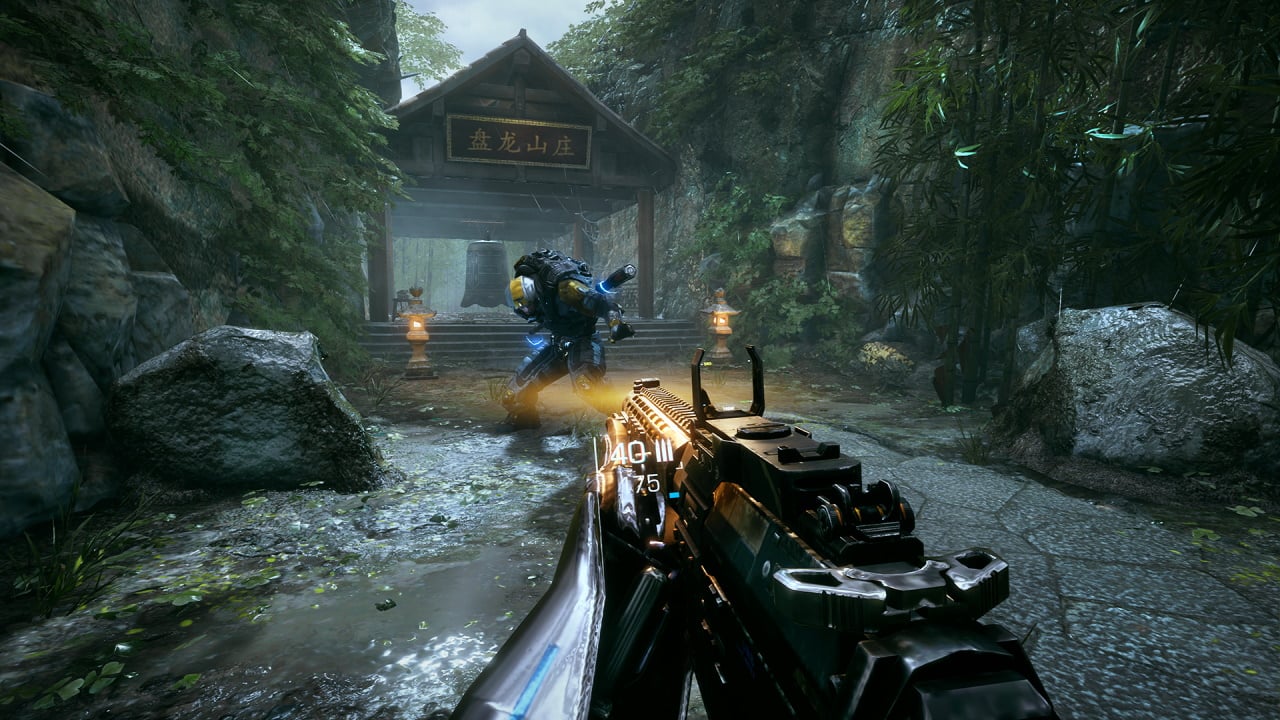 Reviews don’t come much easier than this – Bright Memory: Infinite Gold Edition is a well put together first person shooter, with some interesting quirks.

It just has one crippling flaw, and that is that it’s just two to three hours long. Although we can usually excuse a short runtime there’s little replay value here, and for the rather large asking price it’s a tough sell.

This Switch port isn’t perfect either, with some bugs affecting our run through. If you can overlook these problems this is an involving experience though – the action is relentless and it has style to spare.

Bright Memory: Infinite Gold Edition may have a fair few flaws, but worth investigating if you’re looking for a new first person shooter on the Switch. 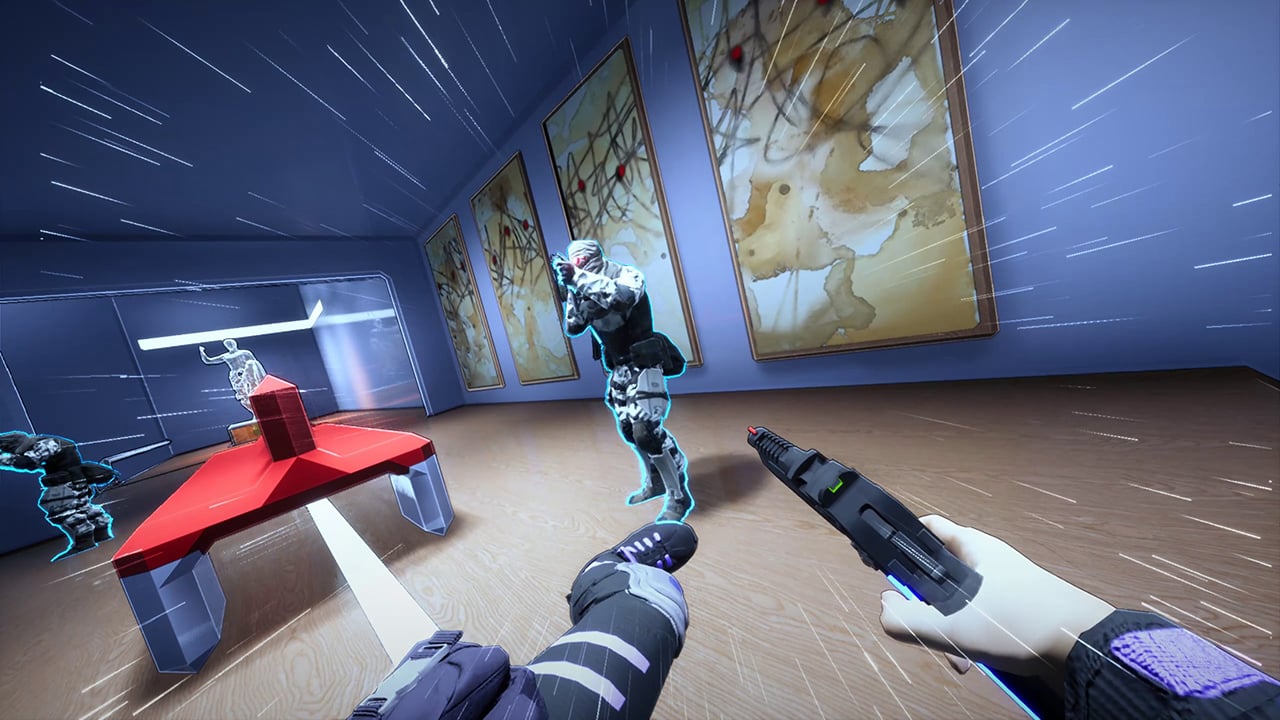 Offering something a bit different to the other first person shooters available on Switch, Severed Steel mixes in platforming to its blasting.

A simple story – because how much plot do you really need – basically boils down to you needing to literally run and gun through levels as quickly as possible.

There are wall jumps, slow-mo, slides, and much more besides. It’s all a lot to take in at first, but it’s not long before you’re gliding through levels thanks to the rock solid controls and carefully designed stages.

This Switch ports runs smoothly, but there’s one downside and that’s the slightly too long load times – which can often ruin the game’s fast pace.

Severed Steel is ultimately still well worth a look for first person shooter fans seeking something a little more experimental. 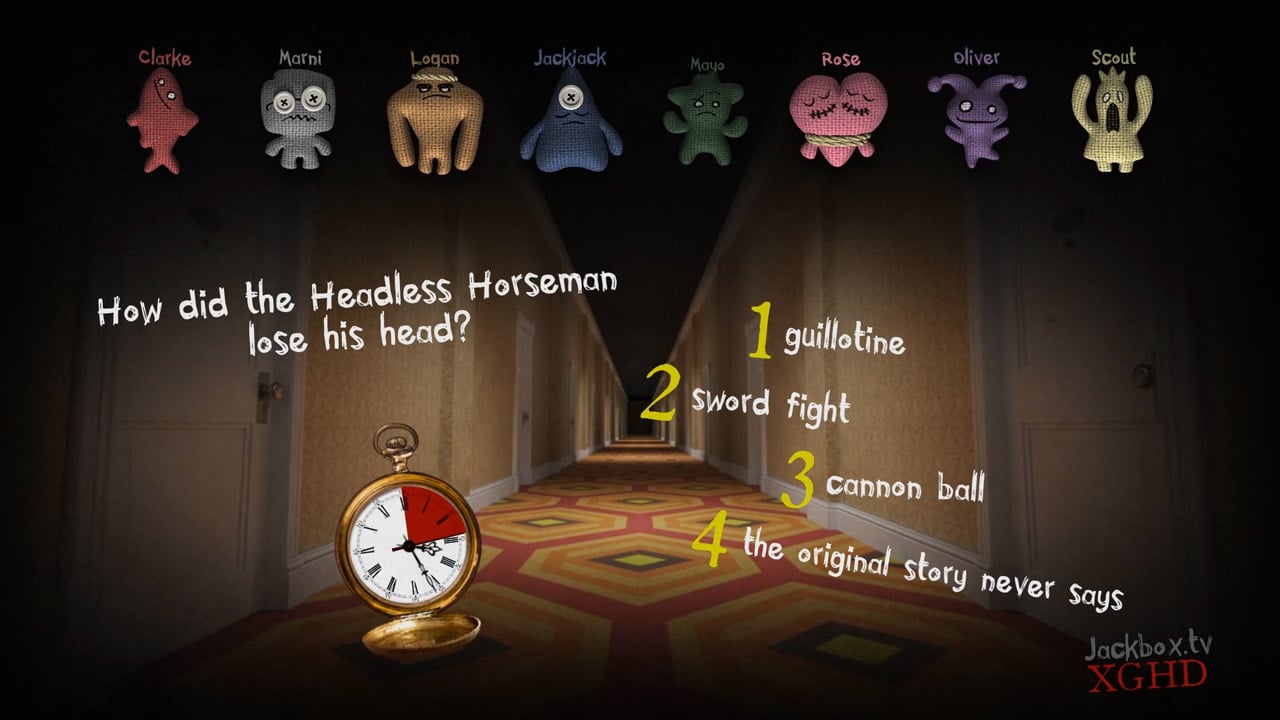 A more than serviceable entry in the ever expanding Jackbox series – a franchise focusing on multiplayer where every competitor answers questions and complete mini-games on their phones, while watches the main action unfold on the TV.

The games here – Quiplash 3, Trivia Murder Party 2 and Tee K.O. – are all tried and tested, and all work well with groups of four. Any less and it all falls a little flat, but that’s the case with every Jackbox title.

There isn’t anything here for hardcore long-term fans of the series, but anyone new to the party this is a perfect place to start. 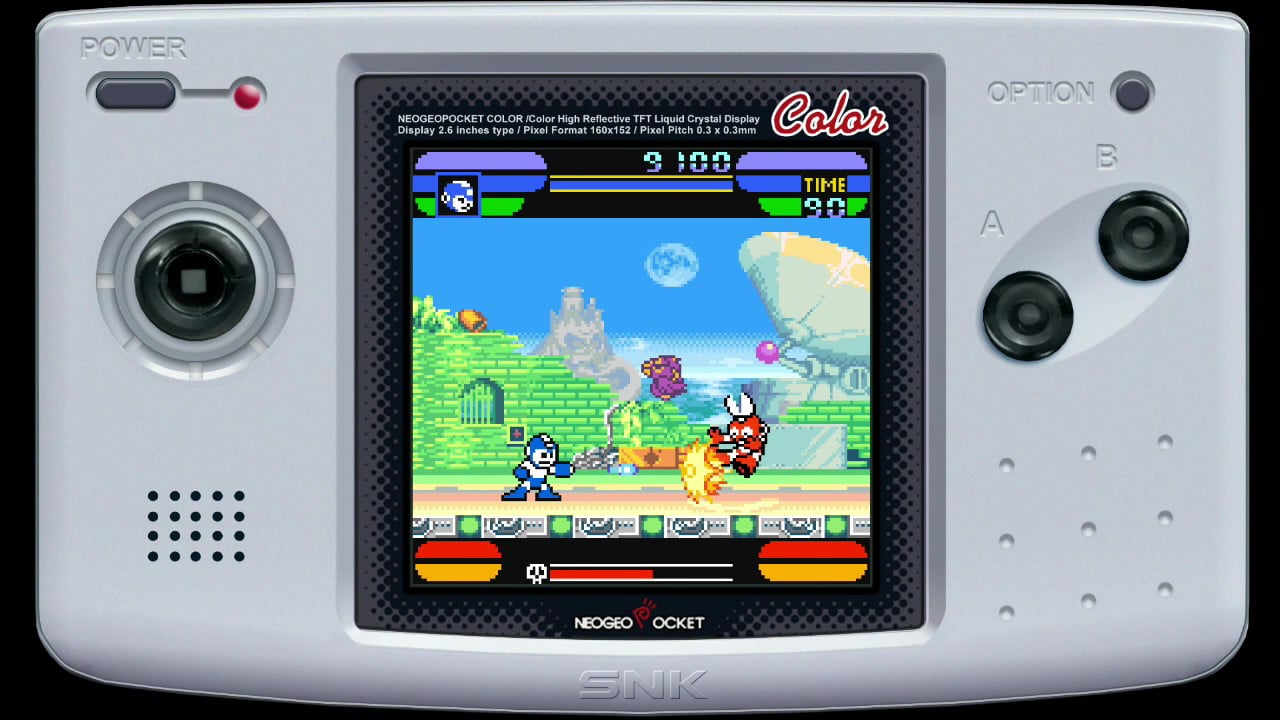 A collection of two Neo Geo Pocket Color games – RockMan: The Power Battle and RockMan 2 The Power Fighters – this is a title that has a clear target audience.

One-on-one fighters developed in the mid-nineties, you choose from a limited selection of characters and brawl your way through boss rushes – collecting power-ups as you progress.

The presentation of these titles stands up, with clear and crisp visuals working well alongside the simple if engaging core gameplay.

Sadly there are some choices here that sully the overall experience. One is the fact that mid-fight continues are thrown in your face far too often, and there’s also a lack of localisation here – due to the games only being available in Japan originally.

So Mega Man Battle Fighters is a serviceable collection, but one with too many issues to make it an easy recommendation.