Switch Review Round-Up – A Little To The Left, Spirit & Mouse, Lost In Play, and more

We try to cover every Switch game we’re sent a code for here at Gamezebo. Sometimes we find ourselves with a bit of a backlog though – like right now for instance.

So here are some shorter reviews of games released or updated on the Switch over the last few weeks – that we might not have gotten round to covering otherwise.

A Little to The Left 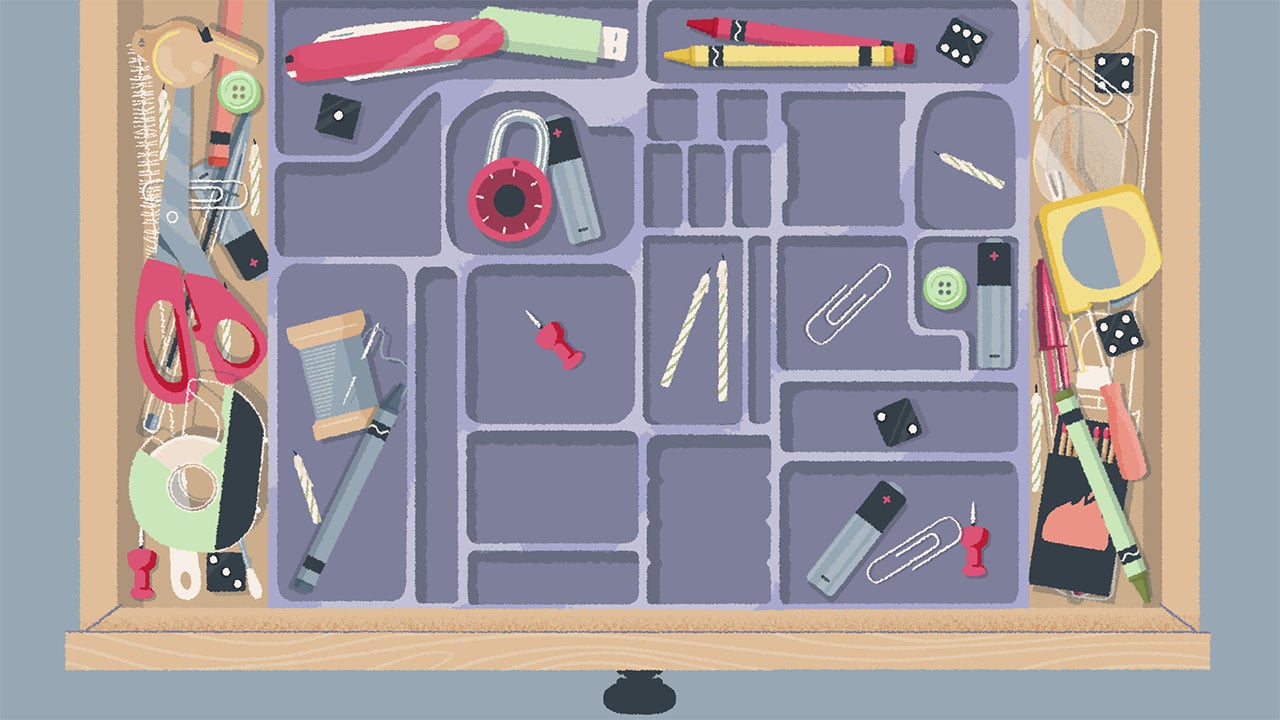 A gently amusing puzzle game, A Little to The Left is all about tidying up. Whether that’s reshuffling books to their correct place, or placing pasta shapes in their most logical order.

As you’d expect things start off simple and get complicated fairly quickly, and often the solutions can be a little perverse – but there’s a hint system in place so progression never becomes too irksome.

There’s a fair bit of content here considering the lower end price-tag, and the relaxing pace is a welcome change to more action paced fare.

The Switch is probably not the best place to experience the game – this was originally a PC title – but playing it handheld on the touchscreen is easy enough, and this is well worth investigating for those looking for something a little different. 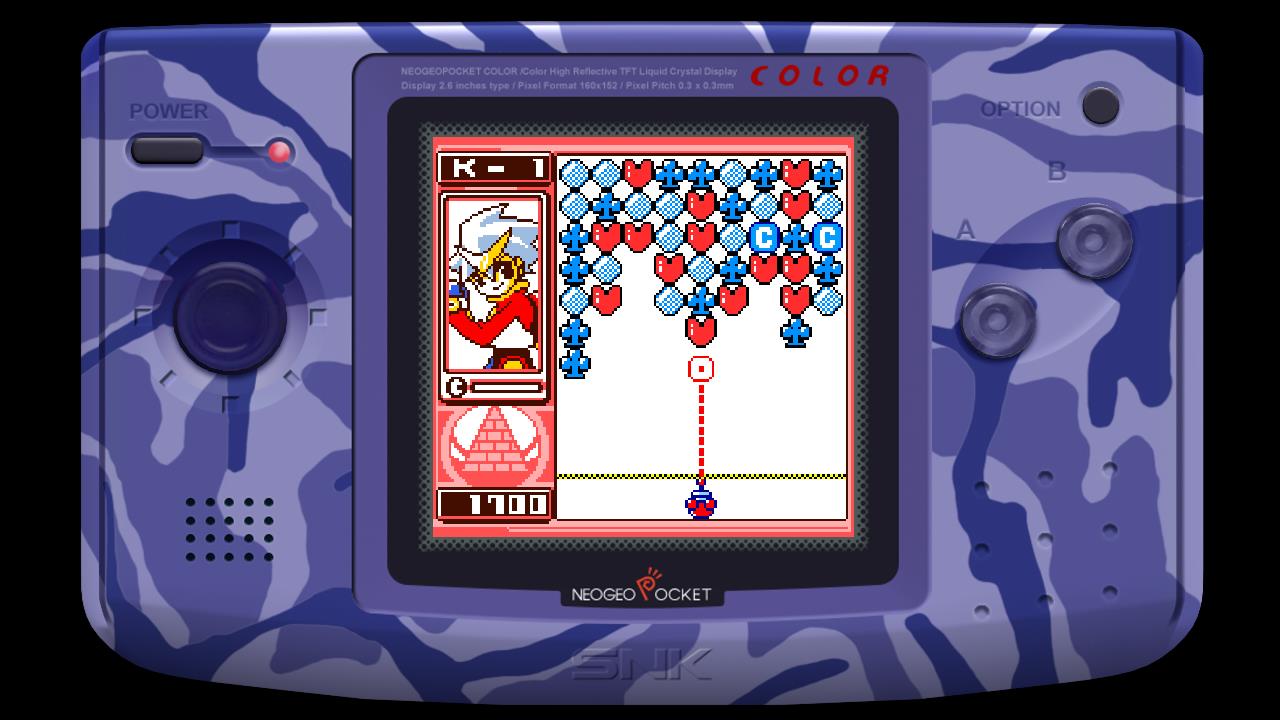 We were impressed by Neo Geo Pocket Volume One, but this follow up isn’t quite as exciting. It naturally plunders lesser known titles from the underrated handheld’s back catalogue, with predictably mixed results.

Card Fighters’ Clash, Mega Man Battle & Fighters, and Biomotor Unitron are all highlights – although it’s worth noting they are all available separately too.

Card Fighters’ Clash in particular is arguably the best game released on the system, offering up hugely involving and tactical card battling.

There are oddball additions such as the Japan only Ganbare Neo Poke-Kun, a tamagotchi where you play various minigames. Sadly this and the other Japan exclusive titles aren’t translated, which smacks of laziness and brought our enjoyment of the compilation down considerably.

This is ultimately a reasonably well curated collection considering what there was to work with, but one not one made with a huge amount of love – and is probably only worthwhile for those massively interested in obscure handheld history.

The Battle of Polytopia 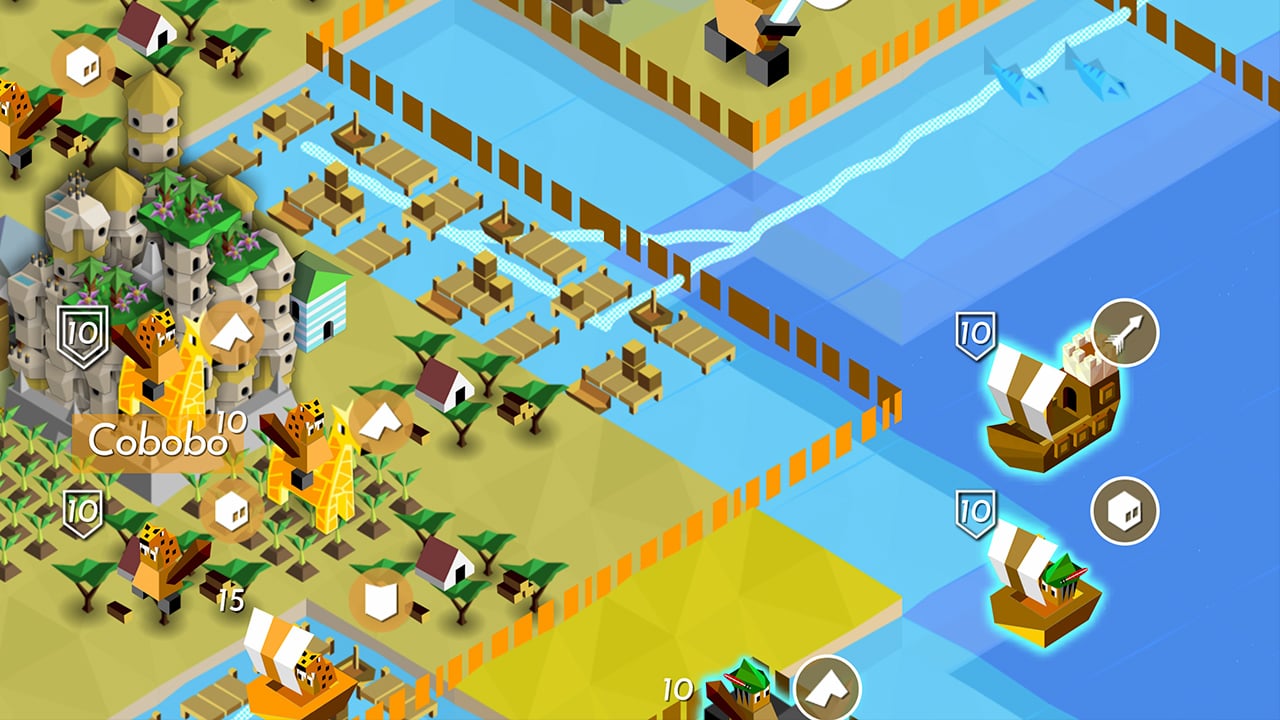 Turn based strategy games can often be intimidating, but not so with The Battle of Polytopia – it’s just a shame it’s not quite the perfect fit for the Switch.

A 4X title that asks you to build up an empire – its low poly visuals do a good job of hiding what is a deceptively complex heart beating underneath.

This version of the much loved mobile title includes the base game, and there is DLC adding four special tribes to expand the experience if you wish.

The main issue we have with The Battle of Polytopia is that it’s not ideally played on the Switch, although some effort has gone into making it playable with a controller – but it never feels hugely intuitive, meaning playing handheld via the touchscreen is preferable. Which is not ideal if you are purchasing it as a console experience.

Despite this issue we’d recommend this for any Switch players looking for a new strategy title – it’s well presented and can be endlessly addictive. You just may want to quickly check it out on your smartphone before taking the plunge on this iteration. 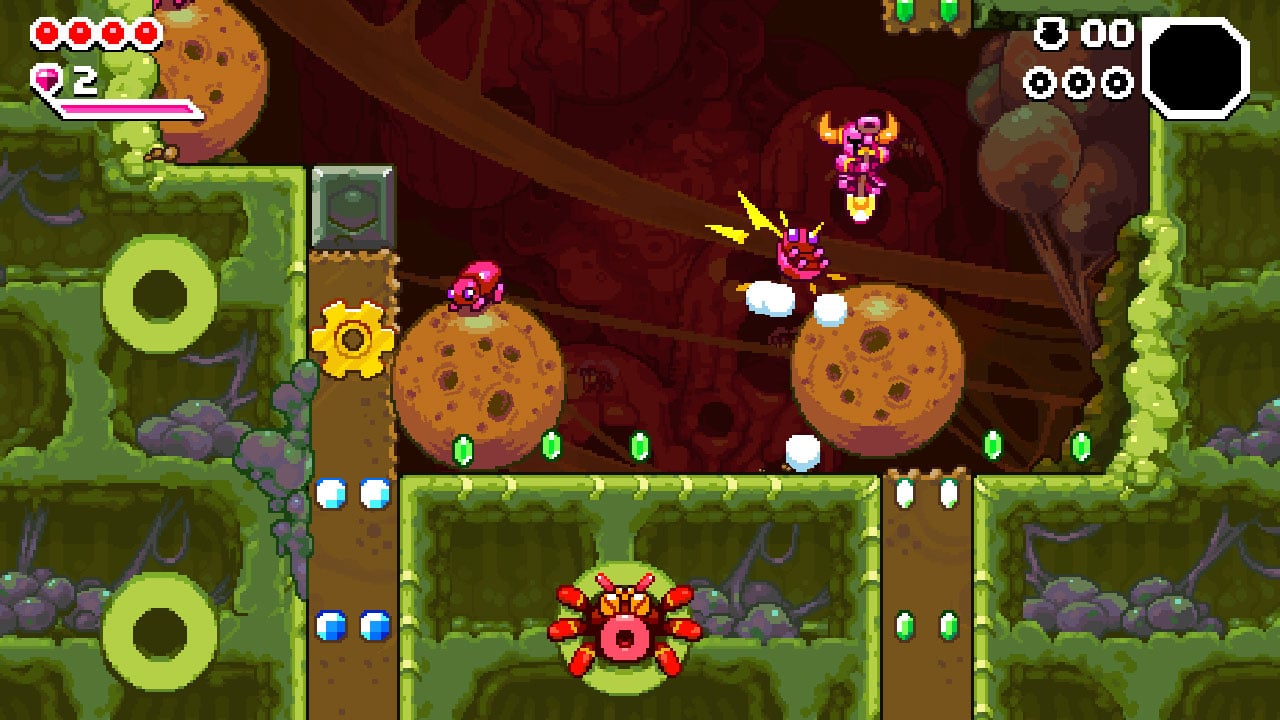 An intriguing entry in the ever expanding series of Shovel Knight titles, we feel this doesn’t hit the high notes like some games in the franchise – but it is still well worth investigating.

Rather than a linear platform adventure this is a roguelite where you must try and dig further down a hole on each playthrough – improving your kit and weapons on each attempt.

The presentation is top drawer, and the controls are rock solid. Every failure or death is always down to you, and the level of challenge means this fits perfectly alongside the Shovel Knight games that have come before.

Although for our money it’s not as engrossing or as immediately entertaining as Shovel Knight’s usual adventures this is still a well put together title that has very few faults when viewed purely as a roguelite. 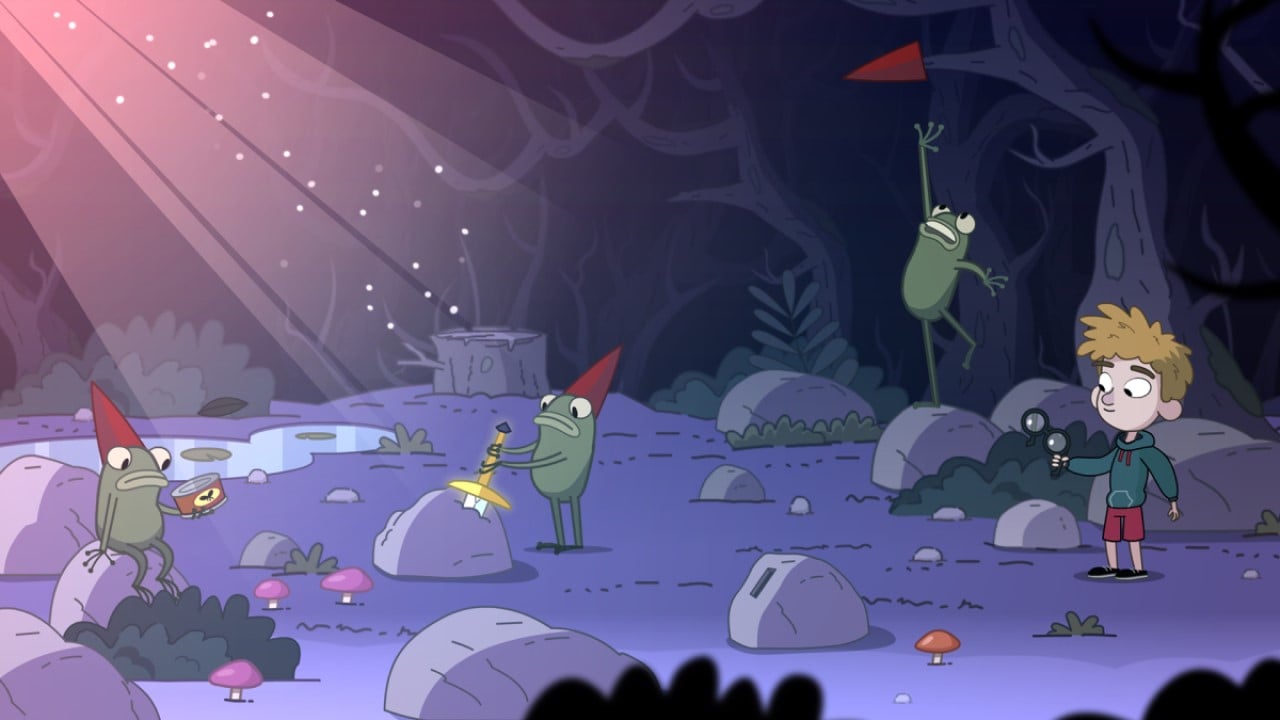 A wonderfully presented adventure, this is nominally aimed at a younger audience but won over our cold bitter hearts quite easily.

You play as a brother and sister pairing who enter a world of their own imagination and seek to return home, solving a range of puzzles in levels that usually consist of around 4 to 5 screens.

There are some fairly fetch quests involved, but also a range of interesting mini-games and environmental puzzles – everything meshes up incredibly well.

Add in the beautiful hand drawn visuals and animation and you have a title that is an almost essential experience for all ages. 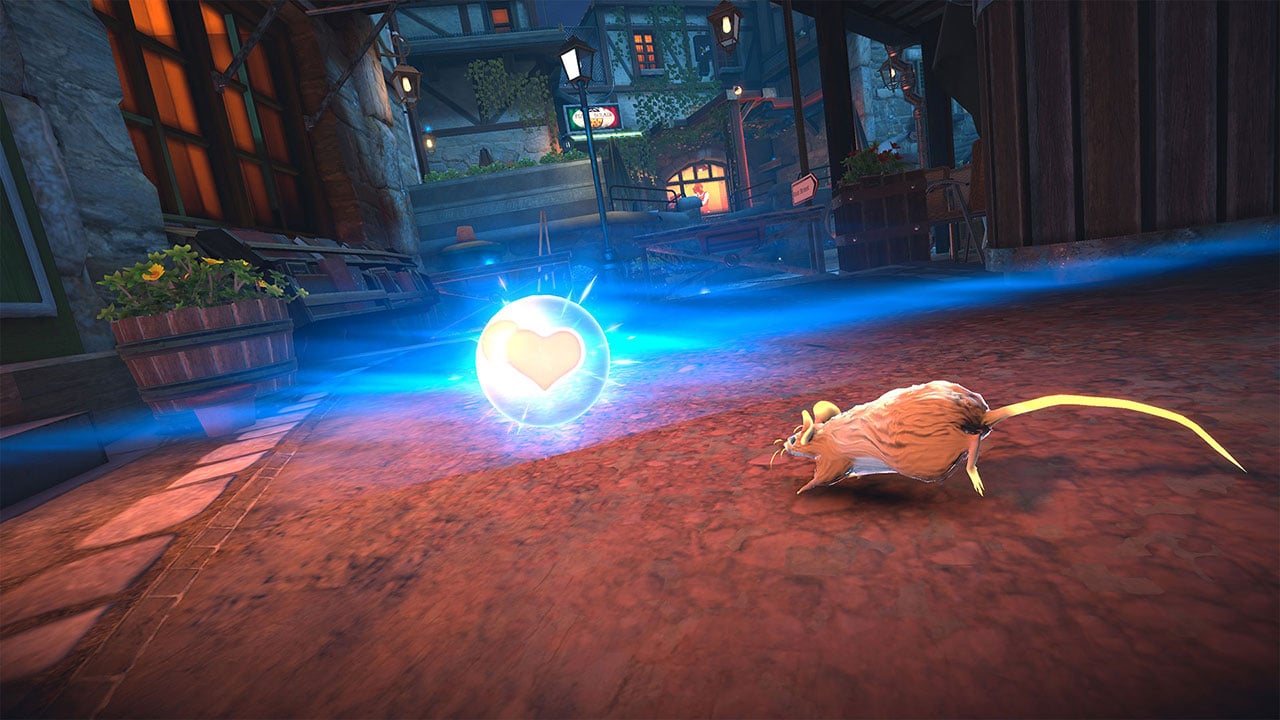 Spirit & Mouse is a massively endearing adventure which took us by surprise. It’s a metroidvania 3D platformer that’s been made with love, care, and attention.

You play as a mouse in a Parisian town of Sainte-et-Claire, where you must help an electric spirit called Lumion get home. To do this you have to absorb happiness from the humans that live around you.

An odd set up for sure, but it’s a concept executed with such charm you’ll be won over immediately – progressing through the story never feels like a chore.

There’s a good mix of exploration, fetch quests, and platforming – the controls are also easy to grasp and the visuals (although occasionally a little too dark) are hugely appealing.

Spirit & Mouse is clearly a labour of love, but still exudes an effortless charm – which is no mean feat.