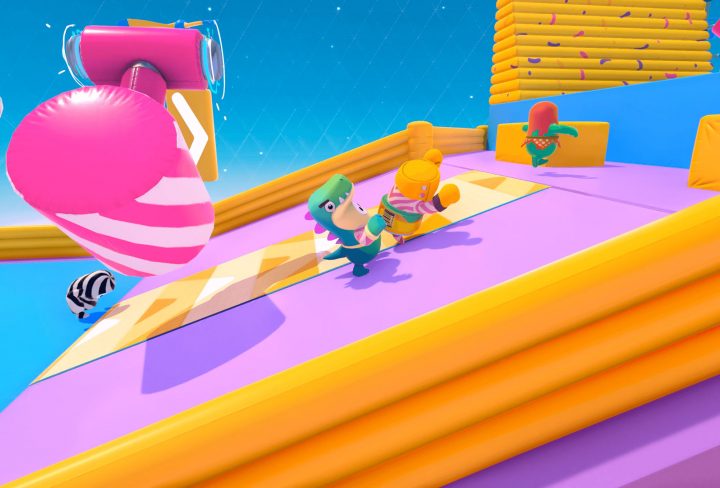 Mediatonic has rolled out Fall Guys update 1.13 today for all platforms to introduce the new Season 2 content to the game. This includes new rounds, challenges, and obstacles. Check out the Fall Guys September 15 patch notes below.

We’ve got an incredible collection of BRAND NEW Rounds to share with you! Our levels team have been working hard to create some of our most exciting, fun and challenging levels to date, including brand new variations to our existing levels! With new Rounds such as Pixel Painter, Hex-a-Terrestrial, Cosmic Highway and more, you’re guaranteed to have a blast in the Blunderdome!

What is a Fall Guys Round without some extra ridiculous obstacles?! With brand new obstacles like Ion Thrusters, Hover Platforms and Trolleybots warping their way into the Blunderdome, you’re bound to go careening into the cosmos!

All new challenges will push you to beat the best players in our all-star Rounds! Be it solo or with your squad, do you have what it takes to surpass these tests and unlock some stellar rewards?

The residents of the Blunderdome are leaving the relative safety of their planet for the first time, hearts hungry for adventure. Go galactic to explore orbiting obstacles and cosmic courses! The Blunderdome Construction Crew invites you all, players old and new, to stumble towards greatness in the quest for the Crown!

If actual patch notes are released, we’ll be sure to update this post as soon as we can. Fall Guys is out now for the PC, PlayStation, Xbox and Nintendo Switch. 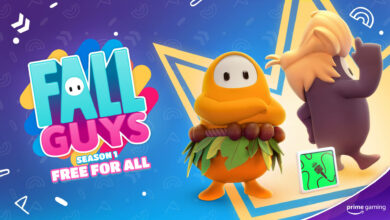 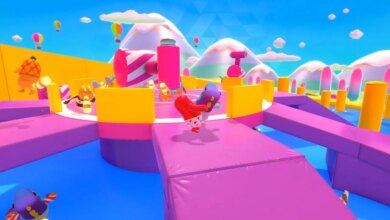